Speaks About His Lottery Win

Who amongst us can say that we didn’t take a stab at the MegaMillions $656 million jackpot this past March? With such a staggering fortune to be won, few could say no to the possibility of becoming the owner of more than half a billion dollars!

B.U. was one of the many who watched the Mega Millions frenzy from the sidelines, but the experience inspired the UK resident to seek out American lotteries just a month later. After joining theLotter at the beginning of April, B.U.’s dream of millionaire status quickly became a reality when the lucky player won US Powerball’s second place $1 million prize after just five entries in the lottery 2012/32 draw on April 22nd!

During an interview after his windfall, the lucky winner confessed, “One of the things that got me interested is that I heard about the Mega Millions on the radio. That got me interested in American lotteries, and that’s what lead to me go on the internet to find out how to play.”
B.U. purchased his winning ticket with a Subscription entry to automatically enter the US Powerball’s exciting biweekly draws. Placing his faith in Lady Luck, B.U. used the Quick Pick option that randomly selected numbers for him– a decision he would certainly be thankful for, as five draws later these numbers turned him into a millionaire!

theLotter’s customer service team immediately contacted B.U. following the draw, and the British player reported that it took some time to recover from the shock and accept the windfall was truly his! At first, “I thought it was a joke,” B.U. said. However, after the customer service team confirmed all the details the Sunday morning after the draw, B.U. was finally able to enjoy the win. In his words, “I was certainly woken up properly that day!”

However, B.U.’s numbers weren’t the only thing lucky, his timing was as well. In January 2012, US Powerball officials instituted important changes that would shape the amount of B.U.’s new wealth.

Before January 15th, second place winners were only allotted $200,000.00; however, with the new set US Powerball prize category wins in place, B.U. was able to take home 5 times that amount with five correct guesses!

The only downside? Had B.U. taken one more step and clicked the Power Play multiply prizes option, he would have doubled his $1 million wins to an even more impressive $2 million prize!

B.U. enjoyed a trip to the popular US vacation state, Florida, where the winner picked up his ticket from theLotter’s local office and claimed his winnings.

Upon returning home, B.U. chose to consult a financial advisor in order to make sure that he and wife enjoy their new found wealth for as long as possible!

B.U. is not only a new winner but also a new lottery fan who doesn’t intend to let Lady Luck rest until he scores another big win! When asked what he would tell fellow lotto players, he said with a laugh, “not to give up because you never know when the big one will come. It will always come as a surprise!” 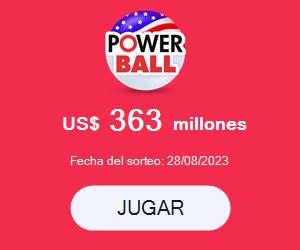